Its Saturday and Anne went to Inverness with Mairi. I spent a wee while doing a job on the headlamp of my  “new” 1959 BSA C15. Then I decided its such a nice day – go for a wee scooter run. I don’t know have I ever taken a motor bike up Glen Affric. Something in my dim memory thinks that Billy and I went up from Inverness when we lived there. I think he went on the Yamaha 250 and I went on the CZ 250.

I left home about 11.30 and took the Old Evanton Road to Dingwall to Tesco. I had taken a couple of pork pies from the fridge which had a use by date of 24th September but thought they would do a turn! I hoped and prayed they wouldn’t give me a turn! I also took a packet of crisps but at Tesco I grabbed a bottle of Frijj Banana Milk and a bar of Mollies white chocolate (30p a bar!). 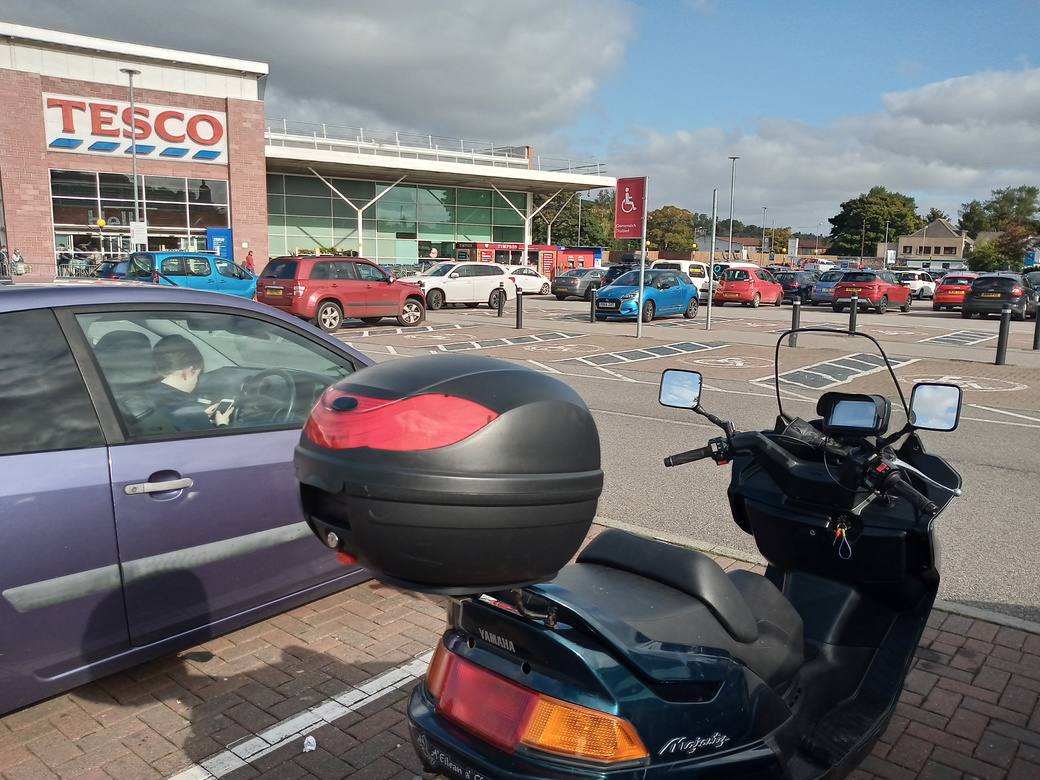 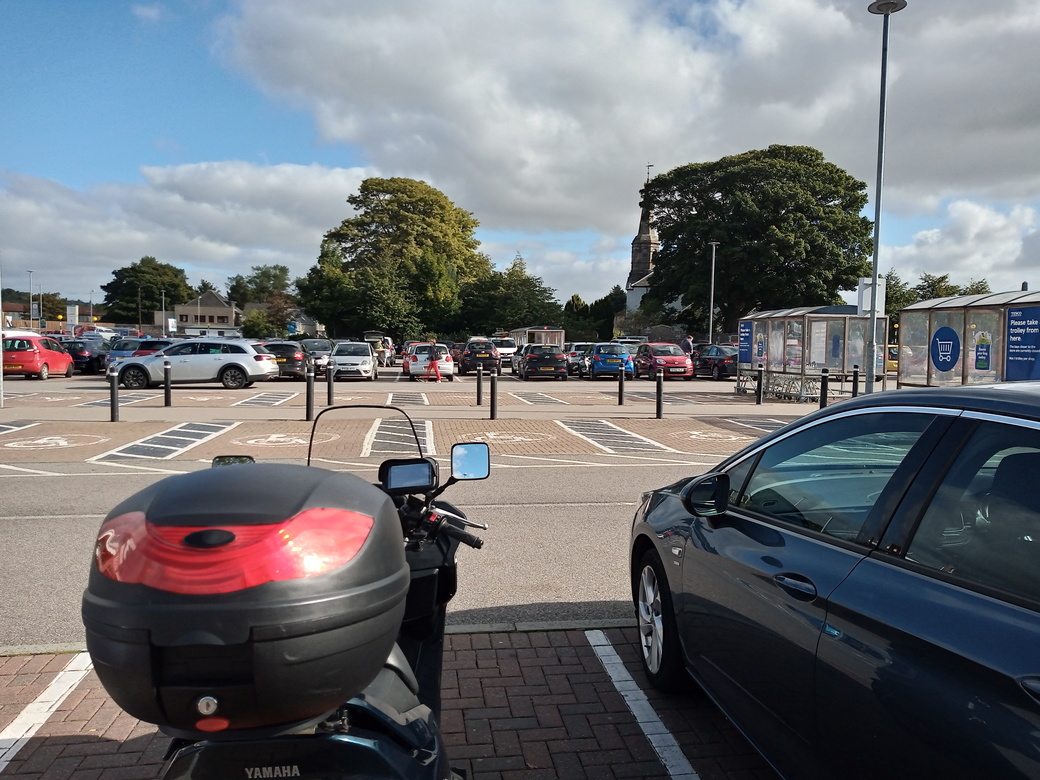 I went by Conon Bridge, Muir of Ord and Beauly to get onto the Cannich Road before Lovat Bridge. This is a very scenic run. 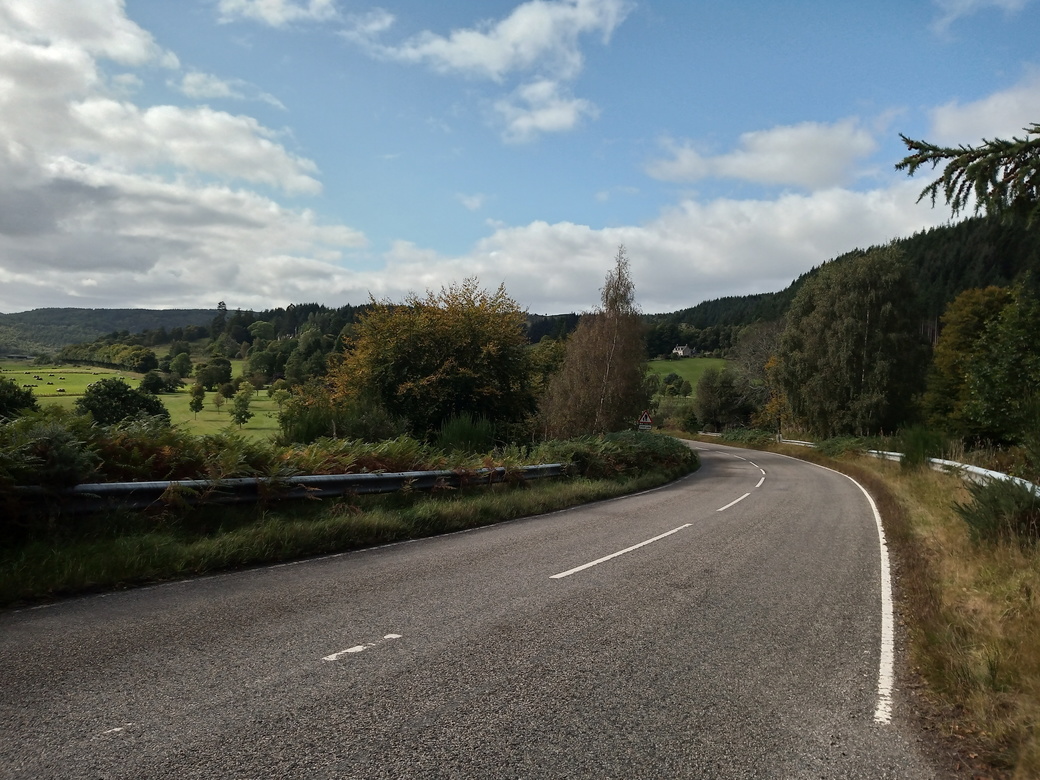 There had been rain up here and the roads were still wet. 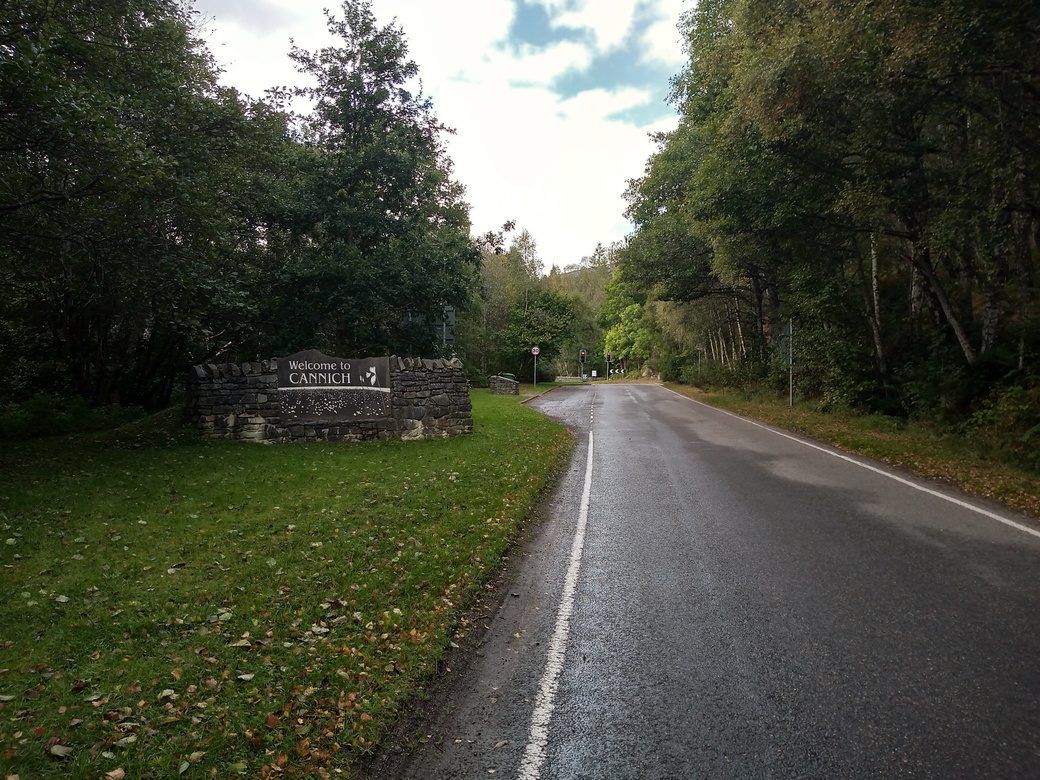 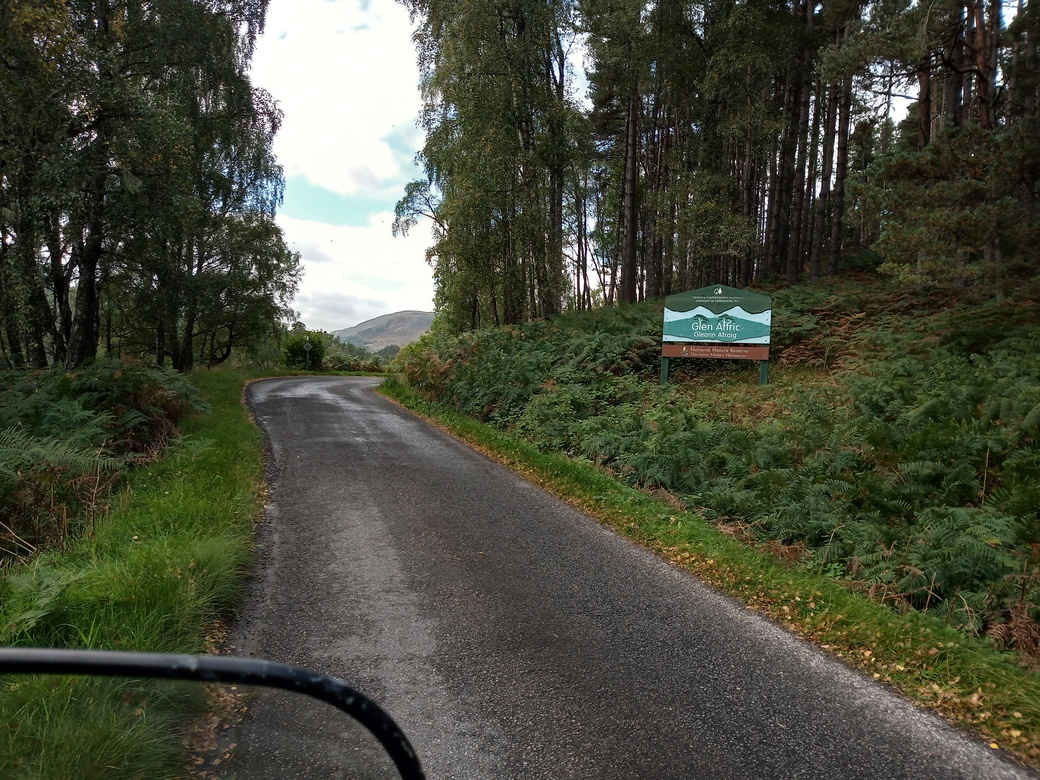 I stopped beside Loch Beinn A’ Mheadhoin for my lunch about 1.00pm. Note the risky pork pies. They tasted jolly good and now at night as I type this I’m feeling fine. So no Listeria or Salmonella. 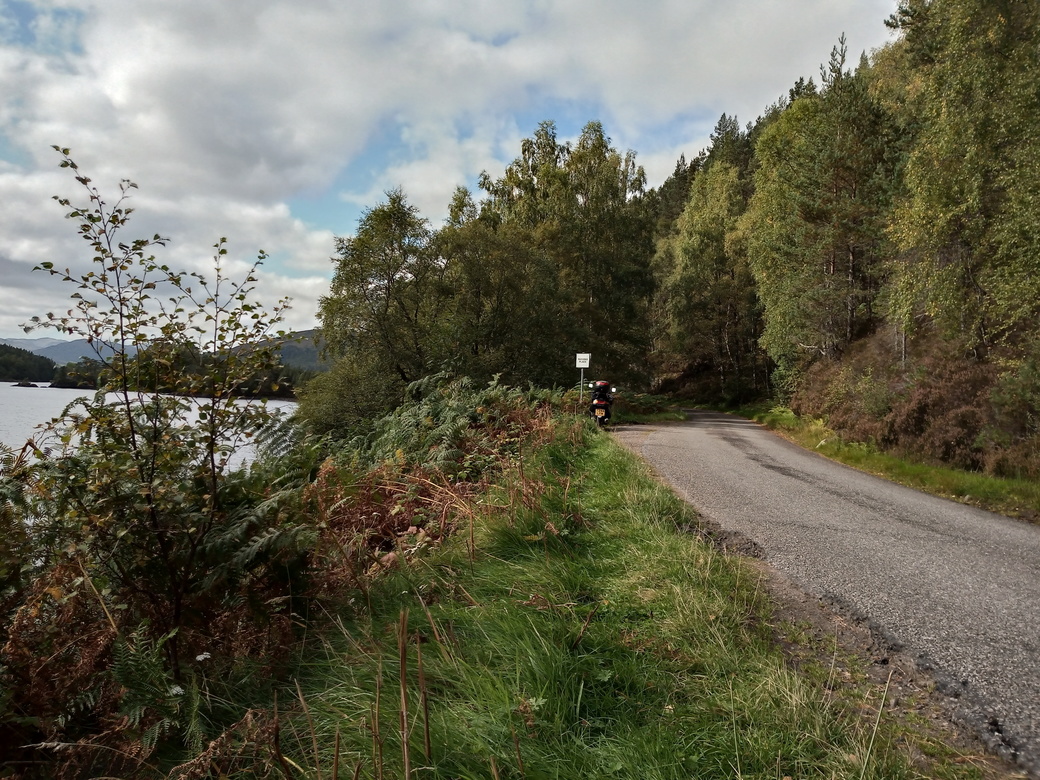 Quite a view up the loch. 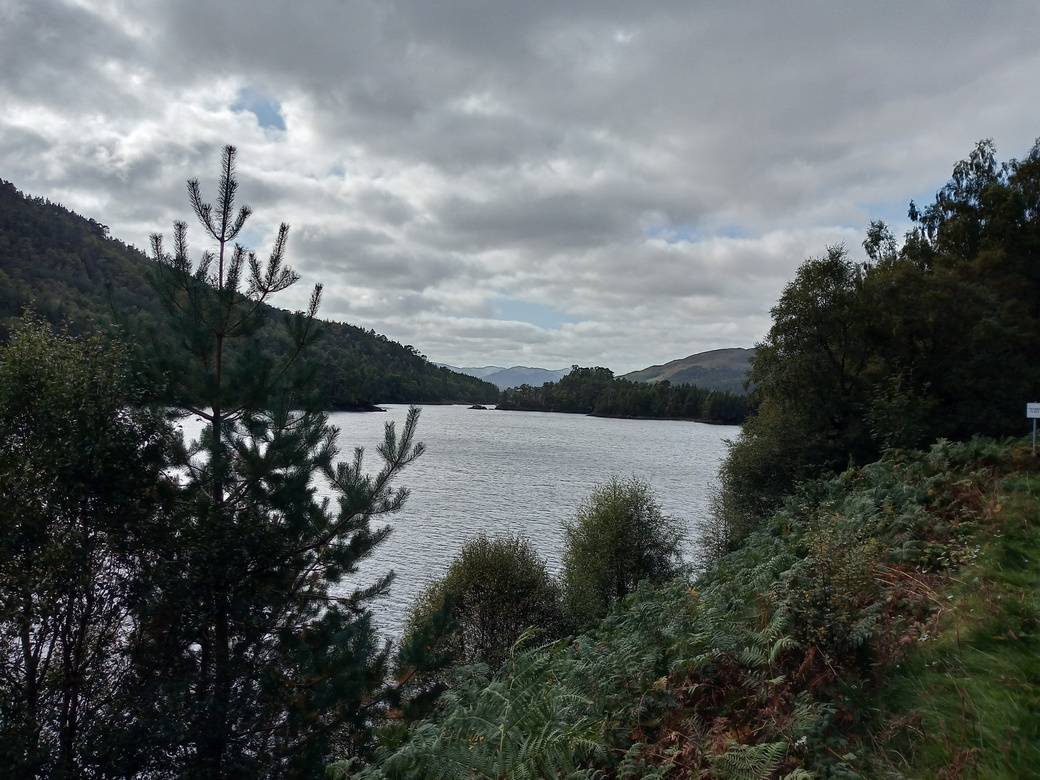 I was wearing a vast amount of clothes as it was very cold. Shrek with glasses. 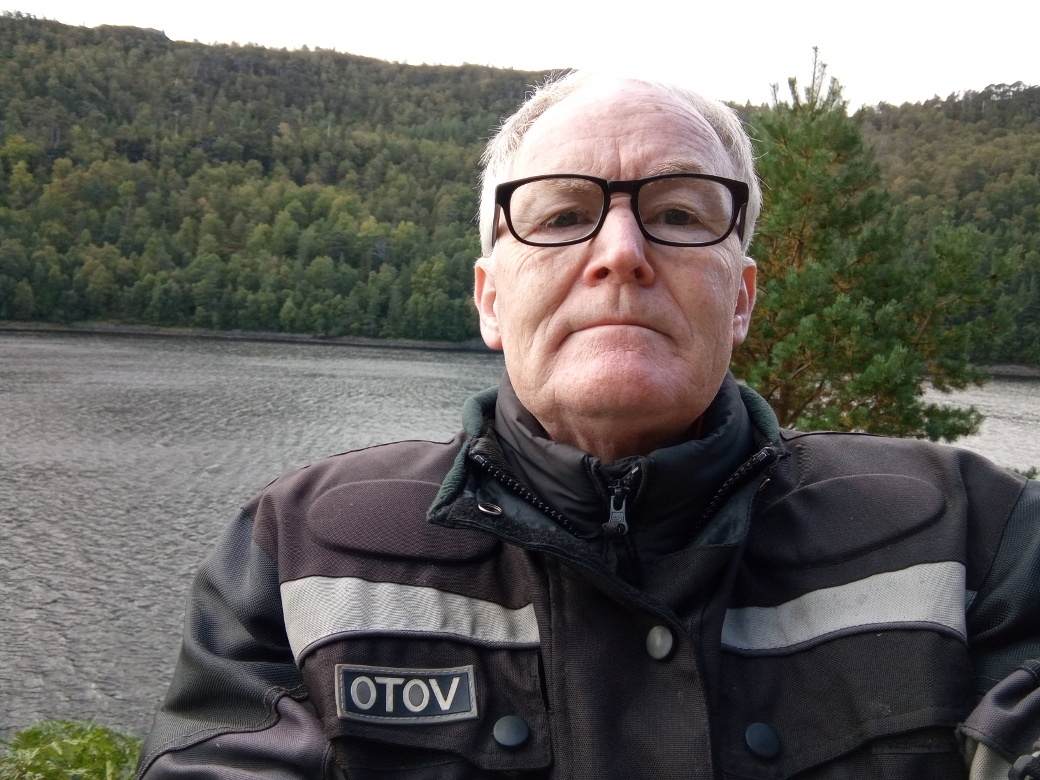 This is as far as the cars can go. You have to pay £2 to park! This is Scotland. You should not have to pay to park in the Scottish countryside. I didn’t bother but took a couple of photos and headed back down the glen.

We came here many years ago as boys and camped here – Billy, Roddy and Marty. You didn’t pay then and it was a lot quieter. 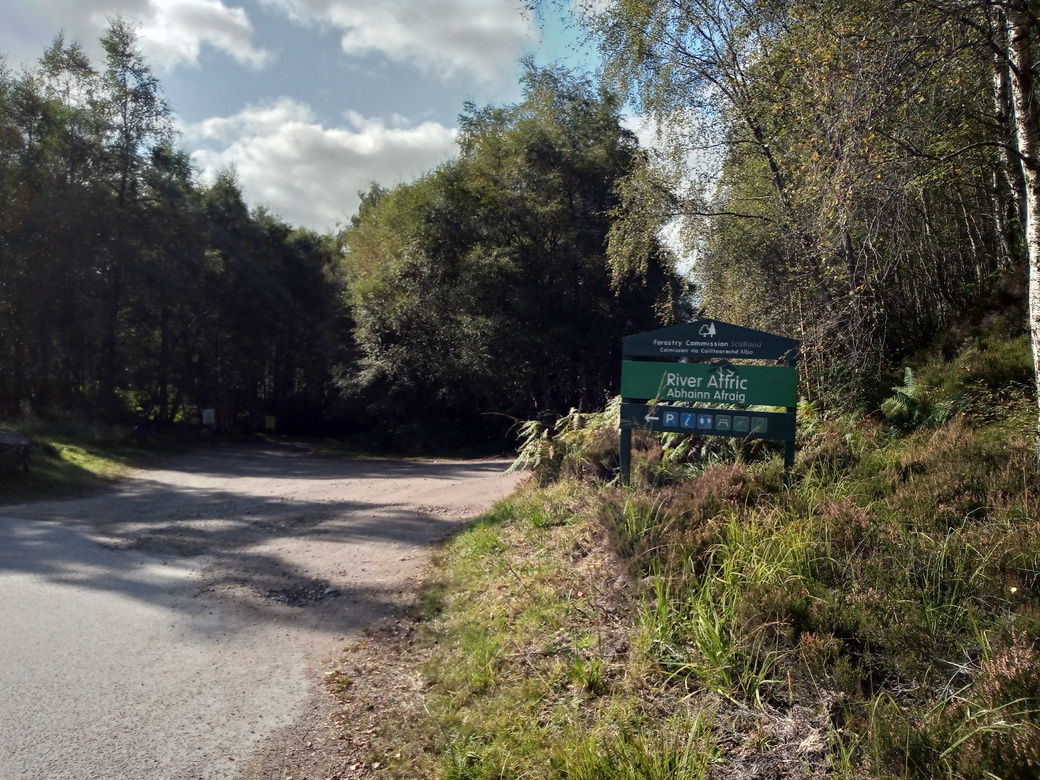 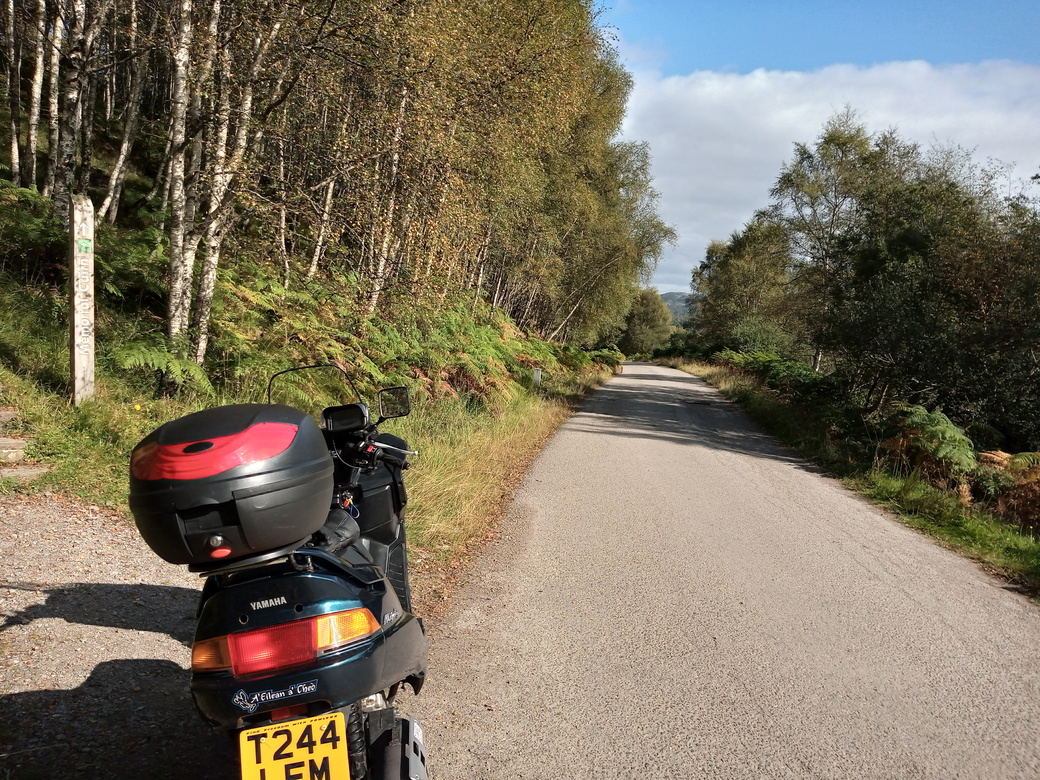 Back at Loch Beinn A’ Mheadhoin. 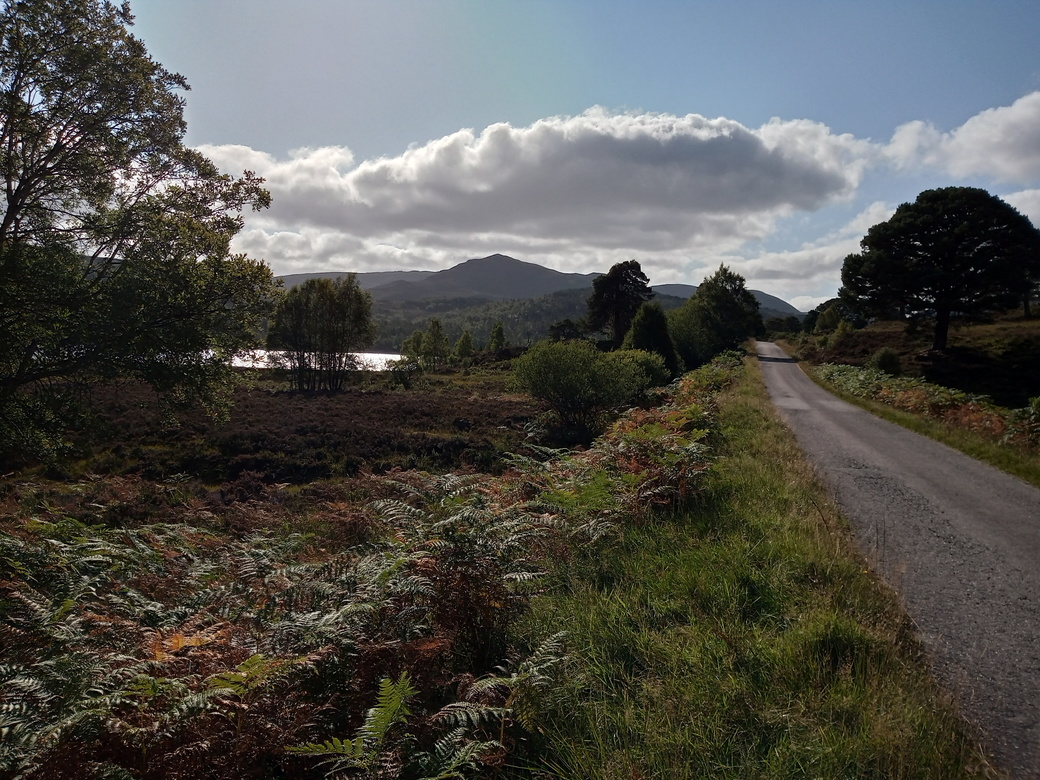 At Cannich I took the road to Drumnadrochit but branched onto the Culnakirk before getting there. 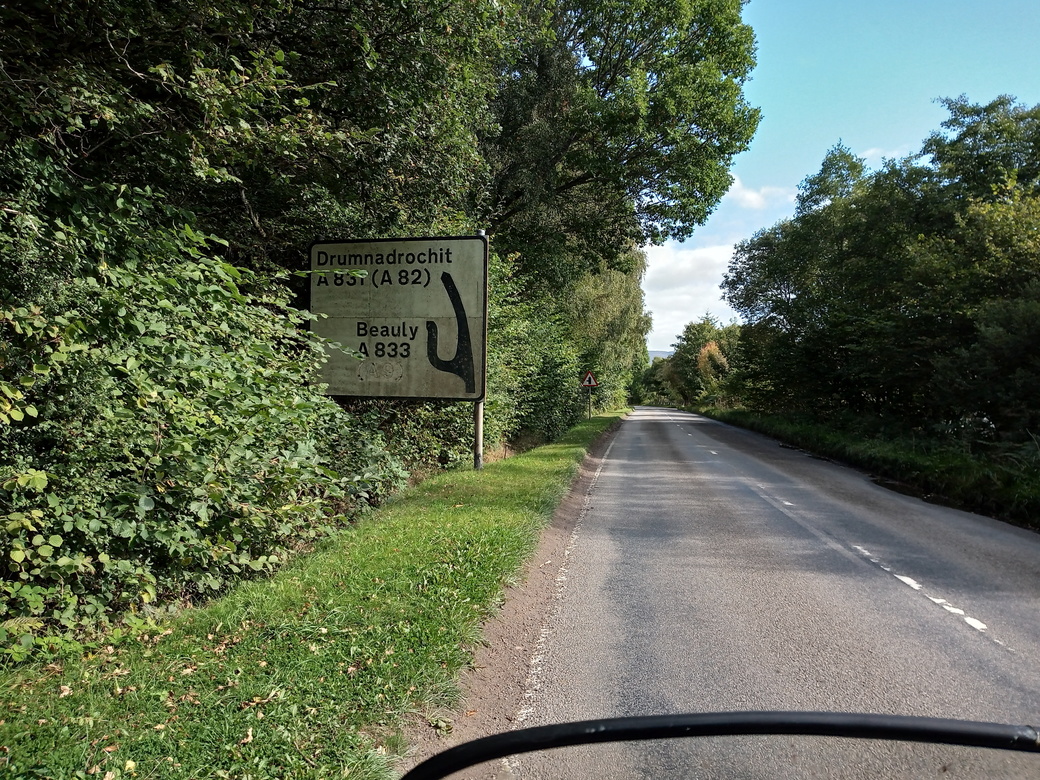 This is where I stopped on the top to answer nature’s call. 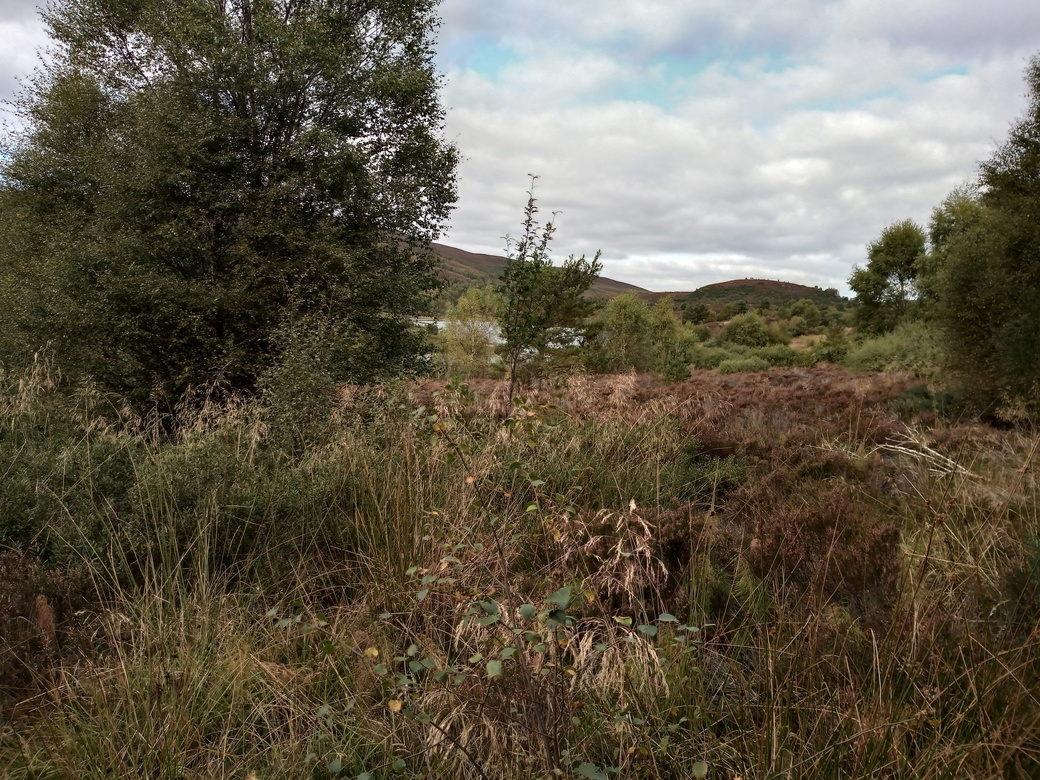 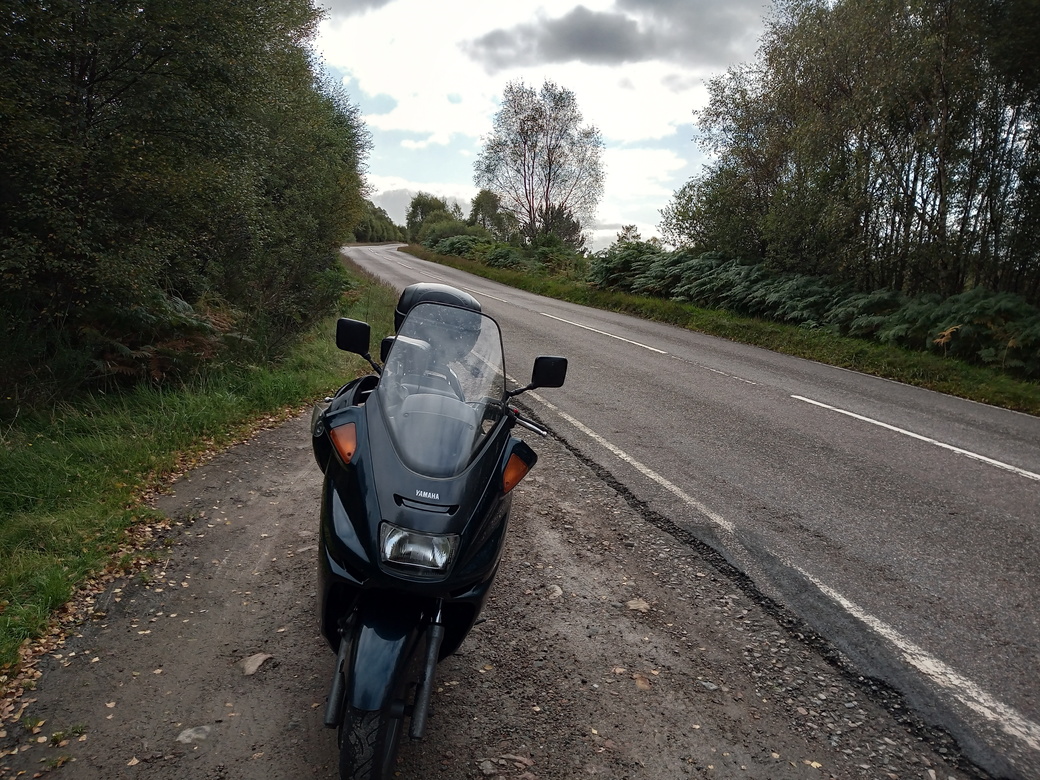 After Beauly I headed over the Black Isle. It really is lovely and especially at harvest time. 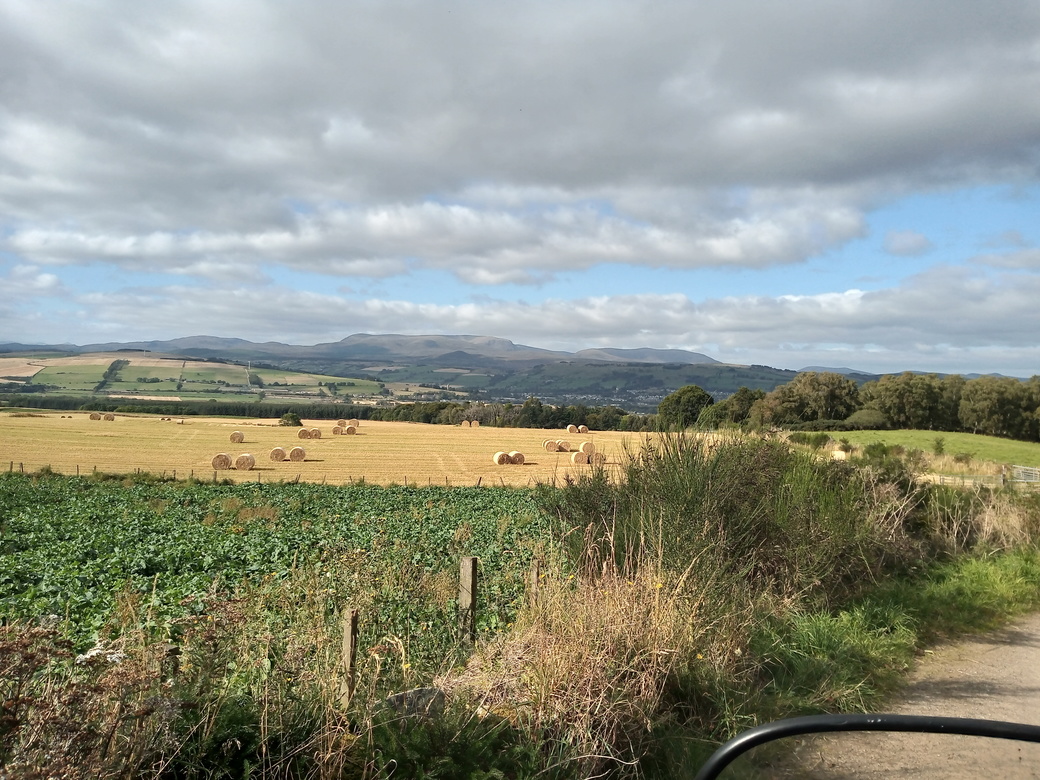 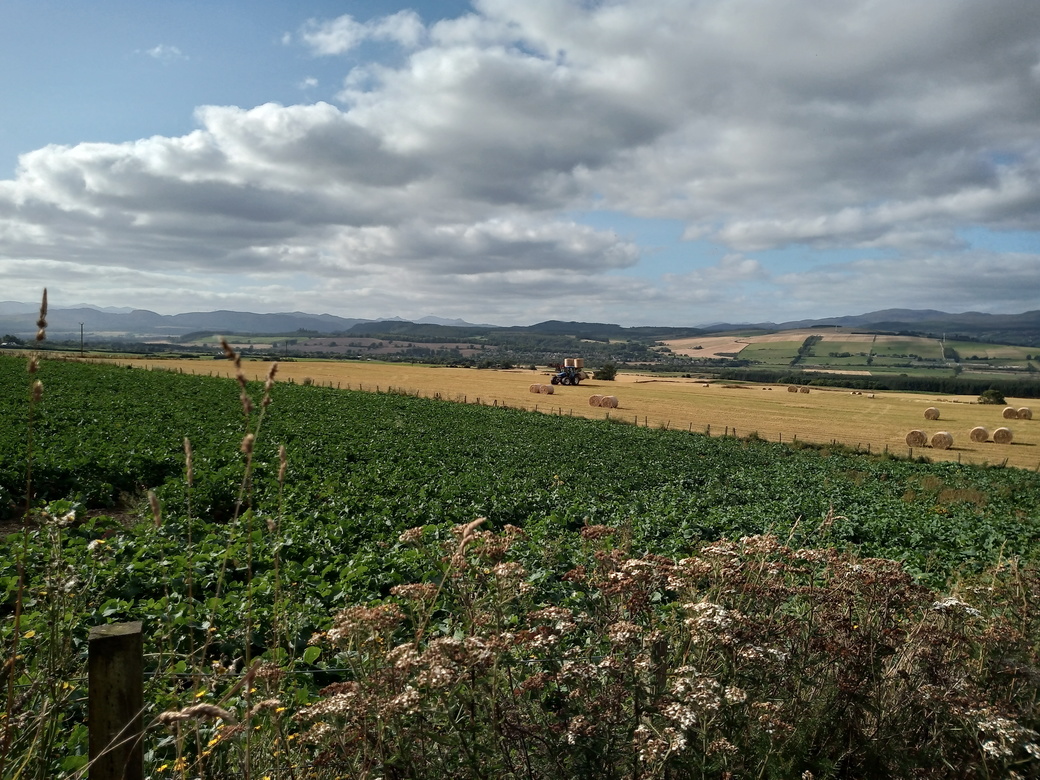 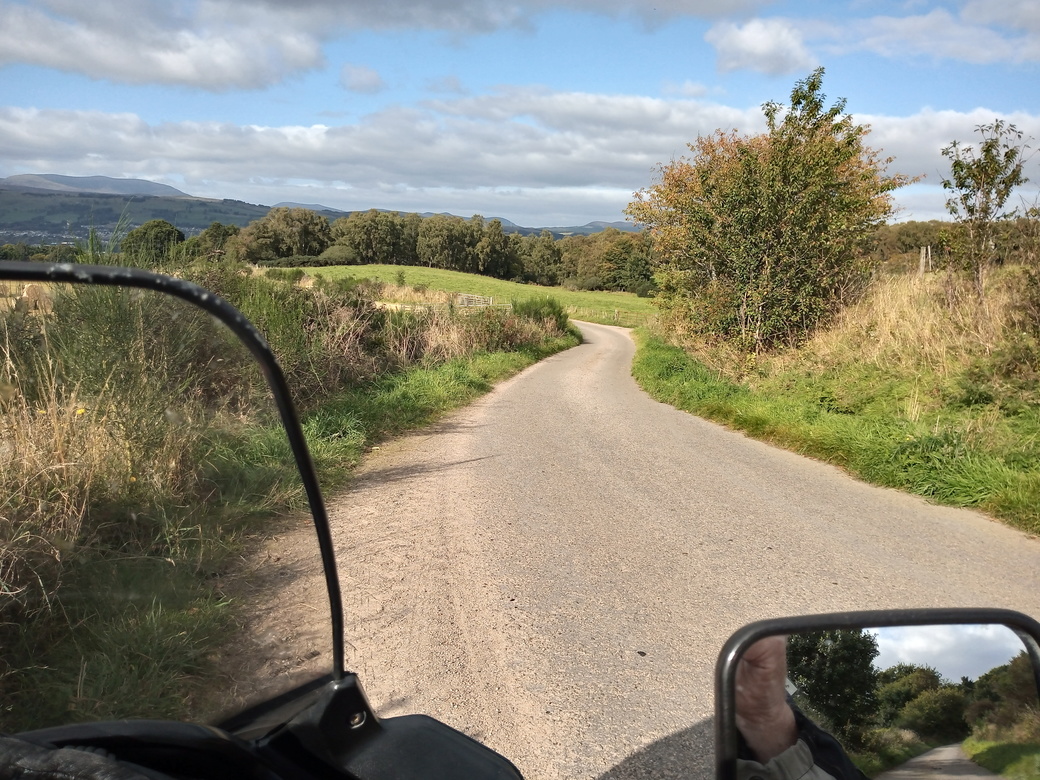 It was over the Cromarty Bridge and home. A grand wee trip. Then I took the BSA out.

I took the ancient BSA out for a run yesterday for the first time; to Alness and back! A vast journey. I have been working on the electrics and carburettor to get it to run correctly or semi-correctly.

I decided to be braver and go a wee bit further so went up the Struie Road to Strathy and over by Glaick. The BSA is harsh. It is uncomfortable. The seat is hard. The handlebars are not at a comfortable position. It vibrates. It is an effort to reach 40mph. It haemorrhages oil. But it puts a smile on your face. I’m struggling as an old man to adapt to the old British – change gear with your right foot, brake with your left. However we made it. A good day.
↑